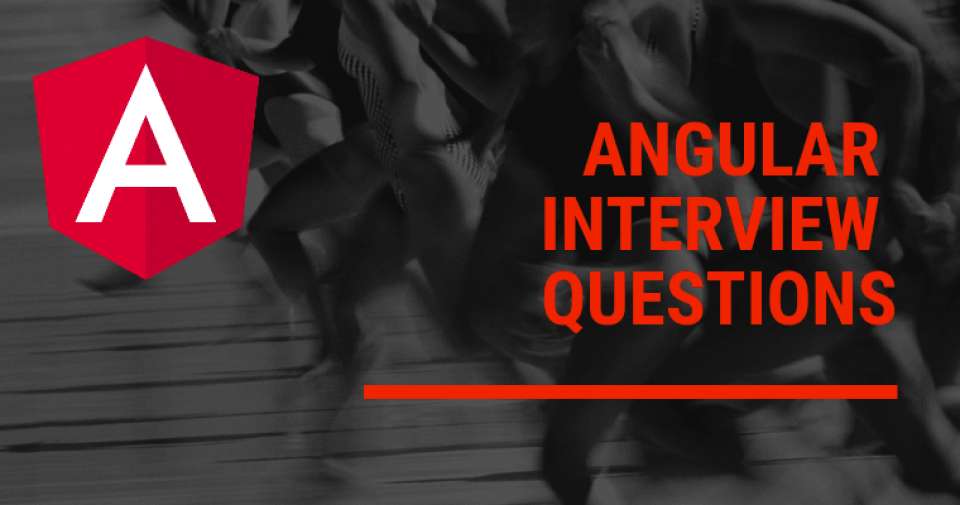 Jobs in IT are always in demand and yet can become a tough nut to crack without concrete understanding. Expanding the gamut of mastery becomes equally significant with the engineering degree in hand for that dream job.

A successful job from learning the angular framework  kickstarts a great career. The industry looks for candidates who could crack a set of questions often asked in the interviews.

As basic as it sounds, the interviewer might start from scratch. As explained earlier, Angular is another popular JavaScript framework developed by Google. Introduced to create Single page applications, it brings format and consistency to applications by delivering exceptional maintainability and scalability.

A superset of JavaScript, it is the most recommended program because it delivers some syntactic sugar by making the codebase easy to comprehend and maintain.

The primary objective of using Angular is to create quick and scalable web applications as they can be easily made with the framework's components and commands. The program provides a space for developing web-based applications and qualifies developers to organise multi-platform applications.

One of the major distinctions between AngularJS and Angular is the script. The former uses JavaScript as its language, whereas the latter is  TypeScript.

AngularJS has a bunch of directives, making it different from Angular, which only has a standard directive.

AngularJS comes with a model-view-controller (MVC) that manages the logic, data, and rules and expresses how the applications behave. The view ideally develops the output only after reviewing the information in the model. This model is where the management of every data is safely stored. Later, the controller receives input and converts its commands by sending them to the model and view.

However, on the other hand, the components used by Angular are directives with templates. The two kinds of directives used by this framework are structural and attribute directives.

With time-saving attributes and easy accessibility, Angular uses Command Line Interface (CLI) for project building. However, Angular is supported by IDE and Webstorm, and JavaScript tools to test errors and build the application.

Being developed and created by Google, the Angular framework has several technologies for better performance of tasks and great experience. TypeScript and RxJS are some of the attributes the framework uses for detecting bugs and dealing with asynchronous operations.

It is typically used for the development of Single Page Applications or SPA. Its interesting features, including type safety, modular CI, and built-in data streaming, make it a complete web framework.

The angular framework comprises various patterns like pipes, services, directives, etc, that help with the easy development and applications. The presence of an MVC framework gives a set of ideas on the application structure. Static and Angular templates are supported and users have the liberty to add a custom device if needed. The dependency injections can help and quickly work around the dependent components.

The expressions of Angular code snippets are used to tie application data to HTML. They are written in double braces, similar to JavaScript.

The templates of Angular are written along with the HTML with Angular- specific elements and features. These components are used to provide a seamless and dynamic view to the users. Apart from that, the templates are also combined with the model and controller’s information.